For the majority of people, the purchase of a car represents a significant investment. Indeed, it's very difficult to exist without one in Australia, given the way that towns and cities are laid out in this sprawling land. It makes sense, due to the scale of the commitment, to look after such an investment, but most people are passé about this. What can you do to safeguard the value of your daily run-around?

As the car is such a utilitarian device, many people do not pay attention to its maintenance. They may understand that servicing is important, but believe that the manufacturers are just trying to make an extra buck or two from them. Yet there's a reason why the manufacturers recommend regular maintenance and attention, especially when it comes to replaceable parts and those all-important fluids. If you neglect service intervals your car may not last as long as it would otherwise and its value may go down when prospective buyers note your lackadaisical approach.

Focusing on the Fluids

Did you know that you can give your car's engine a boost by choosing a petrol grade that is one level above the norm, occasionally? If you choose a premium based octane you can help to "clean out" the fuel injection system, as this type of petrol has special detergents added to it.

However, don't be tempted to think that you should buy a higher viscosity motor oil, just because it's likely to have the same effect on the internal components. The engine is very finely tuned by the manufacturer to work with a specific grade of oil. Once again, they're not just trying to sell you a particular product, so you should always buy the precise type of oil recommended for your car.

The same goes for your brake fluid, which is rated according to the type of heat produced in the braking system on your particular car. You should aim, however, to change it at least once a year, as over time microscopic particles of water can infiltrate and cause it to be less efficient.

Spare a Thought for the Transmission

If there is one particular component on your car that needs additional attention, it has to be the transmission. While automatic systems are somewhat tougher, they are designed to operate over precise tolerances. If you have a manual transmission, though, it's going to put up with a lot more stress (even though you may consider yourself to be a good driver!) Always ensure that you change the manual transmission oil annually and get it inspected by your local mechanic periodically. 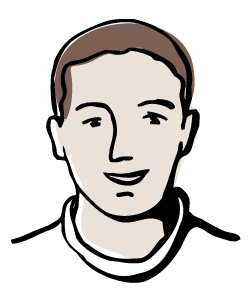 Welcome to my blog. My name is Eric and this blog is going to tell you all about how you can maintain the wheels on your car. I am not an expert mechanic, but I do have a real passion for auto repair and servicing. When I was growing up, my dad used to take me down to his garage and taught me all kinds of neat tricks. My dad always said that the wheels and tyres were the most important part of a car because without them you wouldn't get very far! I hope you enjoy my blog and find it useful.